On March 2015, Sens. Booker, Paul and Gillibrand introduced a historic medical marijuana bill, the CARERS Act, amidst huge media attention. The most essential and crucial provision of the CARERS is the section that allows states to adopt their own medical marijuana policies. 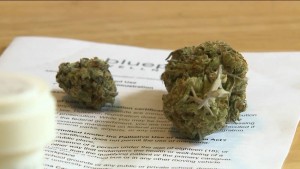 The pro-marijuana groups in Washington, D.C. have used much of a very successful summer for the passage of three amendments which are almost identical to the provisions of CARERS. The first of these amendments passed the Senate Appropriations Committee by a vote of 21-9 with seven Republicans supporting. Another amendment allowing access of veterans to medical marijuana passed 18-12 and an amendment allowing marijuana businesses to access banking service passed 16-14. The votes were indicative that the Senate is ready to undertake full medical marijuana and that the initiative enjoys bipartisan support.

Recently, the Obama administration eliminated the requirement of Public Health Service review which was a research barrier which CARERS sought to do away it. Another positive development on the marijuana amendment efforts are the roles of Sens. Grassley and Feinstein who have gone from being opponents of medical marijuana to holding hearings on the need for more research and access to certain types of cannabis. Sen. Feinstein recognized the potential therapeutic benefits that marijuana and its components may bring to patients with serious medical and debilitating conditions.

The bill has a tremendous momentum behind it with 15 co-sponsors, including 12 Democrats, two Republicans and one independent. Another boost is the recent addition of Sen. Chuck Schumer, who is most likely to be the future head of the Senate Democrats and currently a key Judiciary member, through which CARERS must pass.

Advocates continue their dialogue with Senator Grassley and push for a Judiciary Committee hearing and vote on CARERS, which would clearly pass the Senate if allowed to move forward.